What is The Best Baby Formula?

Surrogate Motherhood: What You Need to Know

The Difference Between European and American Milk Formula: Why Hipp Formula is Better?

Relationship Memes For Him - Laugh As Never Before

Relationship Memes for Her - The Funniest Memes in 2017

20+ Long Paragraphs for Her - Fascinate Your Second Half

What Are The Chances Of Getting Pregnant In Various Scenarios?

Side Effects of Abortion 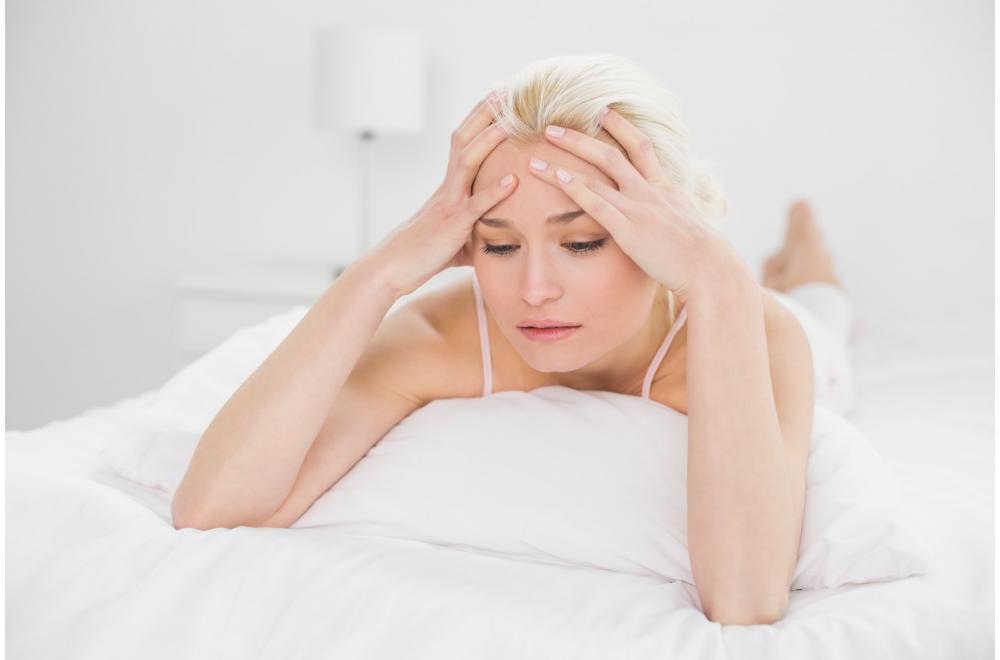 Abortion can cause a woman to suffer various side effects, ranging from short-term to long-term effects. However, women must consider the risks of terminating a pregnancy because, in some instances, it poses more dangers to the pregnant woman than giving birth. Pregnancy can be ended using surgical, medical, or chemical methods.

Whatever the method used, the procedure may present complications that can be fatal. There are also numerous disadvantages to having an abortion. Several abortions may reduce the chances of pregnancy or can cause infertility.

This method is effective for women who are at 4 weeks of pregnancy. It is still possible to use this method if having an abortion at 6 weeks, but extra care should be taken to make sure that no parts of the fetus are left to avoid serious complications.

Drugs are administered that will cause the woman to have contractions to expel the dead fetus. If the fetus is not expelled, there may be an infection. Some drugs prevent the implantation of a fertilized egg on the lining of the uterus.

Since it is not implanted, it just dies. Some substances can make the uterus lining weak so that it cannot support the fertilized egg which simply dies. These drugs are best taken after experiencing a late period. This type of abortion is used up to 3 months of pregnancy.

Immediate Side Effects of Abortion

Women who have just had an abortion will experience bleeding after the procedure. Abdominal cramping is common, as the uterus contracts so it can return to its normal size. Likewise, the woman will experience mood swings brought by the hormonal changes in the body. Dizziness and nausea are also normal immediate effects of abortion.

Short Term Side Effects of Abortion

For example, a woman who undergoes a surgical abortion may suffer from bleeding, cramps, and nausea. These effects are just short-term. However, laceration of the cervix and damage to the uterus may cause a woman to become infertile. Some women think it is safe at 4 weeks of pregnancy. Abortion at 6 weeks is also common. Despite having an abortion at an early stage, intentional removal of the fetus from the womb can cause emotional and psychological trauma.

Having a medical abortion at 3 months of pregnancy may fail. One side effect is that the woman continues to experience pregnancy symptoms. Once experienced, it is recommended to see a doctor because the pregnancy might still exist.

Long Term Side Effects of Abortion

The damage in the uterus caused by abortion can result in ectopic pregnancies. These pregnancies do not reach full term and if a woman wants to have a baby, she might not be able to have one anymore. Infection in the uterus can cause sterility, which means that she will not be able to bear a child anymore. Forced dilation of the cervix during abortion can make it weak. When the woman wants to get pregnant, the weak cervix can cause miscarriage.

Lasting psychological effects are also manifested by women who had an abortion. Depression can cause insomnia and later suicidal tendencies. Other women may find themselves disinterested in sex and tend to avoid it as much as possible. A woman’s guilt can cause her to be socially dysfunctional. A woman may avoid people or events that she associates with her abortion. Also, the woman tends to be vocal in her defense of abortion, because she is trying to justify what she did. Indeed, abortion can scar a woman physically, emotionally, and psychologically for a short time or for life.

What to Expect After an Abortion

Some feel relieved after having an abortion because they consider their problem solved. However, most of these women may suffer from side effects of abortion. These may be physical, emotional, or psychological.

Common Physical Side Effects after Abortion 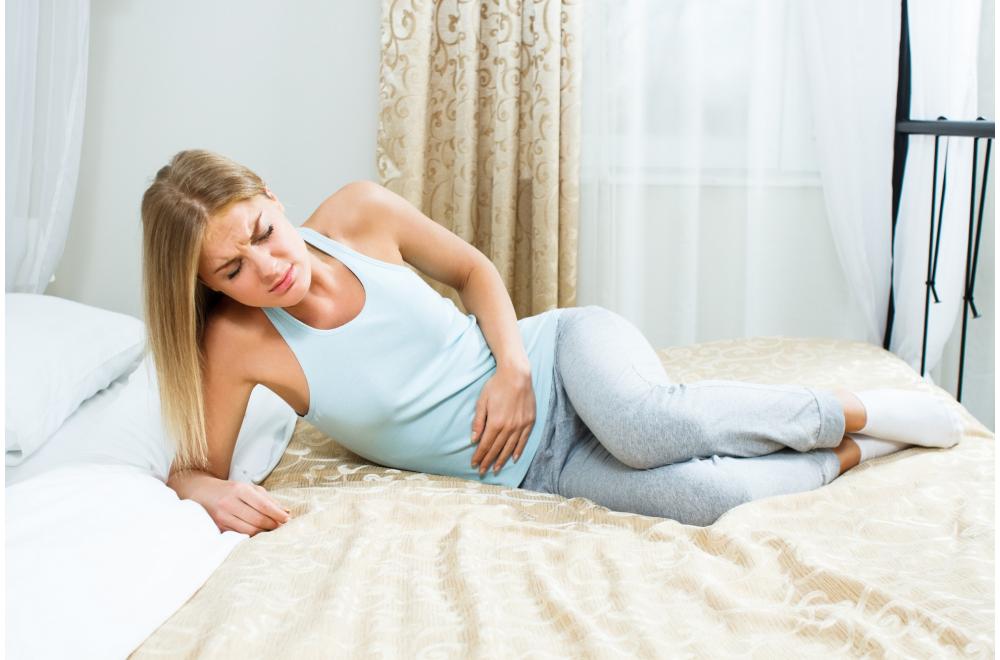 Every abortion presents health risks that women know about. Abdominal pain is a common complication of abortion. Pain in the abdomen is the result of the uterus contracting to control bleeding. Once it relaxes, the woman will experience heavy bleeding. Persistent stomach pain can also mean that a woman is suffering from infection.

This can be caused by parts of the fetus being left behind after the abortion. When a woman soaks two pads in two hours with blood, or is discharging blood clots and feeling dizzy, it is important to seek medical help. A steady trickle of red blood accompanied by sharp pain is also a sign of danger because it can be a sign of infection after abortion.

The cervix is usually firm and tightly closed but it is forcefully dilated during the abortion. This can result in cervical lacerations and weakening. It can remain open from one week to two weeks after the abortion, making it susceptible to infections. Having a fever could mean that woman is suffering from the infection.

If the woman has foul smelling discharge, she should contact the person who performed the abortion. She might be prescribed antibiotics, and it is important to take them. In addition, because of cervical weakness, the woman might suffer miscarriages when she gets pregnant in the future. Taking medication as prescribed is important for her physical well-being. Also, having enough rest and sleep as well as eating nutritious foods will keep woman’s physically well. Avoid smoking, drinking alcohol, and taking illegal drugs as this can just worsen your health condition.

Emotional Side Effects of Abortion

Aside from physical side effects, women may also suffer emotionally after terminating a pregnancy. While physical effects may heal soon, the emotional impact may last for many years or even for a lifetime. The woman might feel:

Some women who have been reluctant to have an abortion because for fear of its negative effects but had been compelled to undergo it due to some circumstances may feel guilty about it throughout their lives. Some of them might stay away from other babies to avoid the pain of remembering their own pregnancy.

One woman who had an abortion because her boyfriend wanted her to do so, revealed that the incident destroyed her relationship with her boyfriend. She also revealed that even after many years had already passed, she could not forget what she did to her own child.

Aside from physical and emotional effects of abortion, there are psychological effects:

Some pregnant women who have an abortion are remorseful for getting rid of their child. Every time they see babies, they think of how old the baby would be if it had been born and about how it might look.

This feeling can lead to depression. Because of their depression and feeling of anxiety, they become restless and are unable to get enough sleep. In the worst cases, insomnia sets in. Filled with anxiety, depression, stress, and anger because of what was done to the unborn child, the woman might develop suicidal tendencies.

Moodiness is also manifested by women who had the abortion. They may be cheerful for short periods of time, only to turn morose or sad in short order. They become difficult to live with because they get angry for no reason at all. The support and understanding of the people close to her are important in order to reduce the woman’s negative thoughts about herself.

This is possible if family members know about the abortion, but women who keep their abortion a secret usually bear the pain and guilt alone and they find it more difficult to cope with these post-abortion symptoms.

After the abortion, the woman will experience bleeding that can last for up to a week. The blood should be light. Red and heavy bleeding is a sign of trouble and should be followed up with the person who performed the abortion. The woman will experience stomach cramps as the uterus flexes to keep it closed. Once it relaxes, profuse bleeding can result. The woman might suffer from cervical lacerations caused by instruments used to remove the fetus and this can cause discomfort.

A feeling of depression and anxiety will take place. This is brought on by a sense of loss, although women who willingly have the abortion would feel relief. However, women who were just forced to get rid of a baby due to circumstances might suffer more emotional and psychological issues. The body heals first while emotional and psychological trauma may have lasting effects.

Women who have just undergone an abortion need plenty of rest. Take prescribed medication for faster recovery. Avoid smoking, as this can cause dizziness. As a precaution, wear sanitary pads, even if the bleeding is light.

Avoid tampons and having sex as long as there is still bleeding. Use contraceptives if you are not planning on getting pregnant yet. You might have mood swings, so keep your emotions in check. Talk with someone or go out with friends to relax and have fun.

Normally, a woman would have a period three to four weeks after the abortion. If it doesn't return, this could mean that she might be pregnant again, especially if she had a medical abortion that failed to get rid of the baby in the womb. Having sex without using contraceptives may make the woman pregnant right away, preventing her period from starting again.

After an abortion, the woman may experience light bleeding for one week. Heavy bleeding may be a sign that there is a problem in the uterus and it is important to see the person who performed the abortion. Menstruation will start three to four weeks after. If a woman experiences a heavy period during this time, she should see the person who performed the abortion.

Discharging light blood and spotting after abortion are normal and these will stop after one week. If it continues, the woman might as well see a physician because this can indicate an infection in the uterus. If the discharge smells bad, see the doctor right away.

Some women think that because their period has not yet started after an abortion, they will not get pregnant. However, sex after abortion may make the woman pregnant. Even if her period has not returned yet, there is a good possibility that ovulation might be taking place. If the woman does not want another pregnancy, she should take precautions and always protect herself against pregnancy.

Use contraceptives right away if you are not yet ready for motherhood, prevent pregnancy to avoid having multiple abortions. You can use pills but your partner must use condoms during the first few weeks after an abortion because the pills might not have taking effect yet.

Although people who perform abortion use anesthesia, the procedure can still hurt. However, the level of pain varies from person to person. The pain after it has been performed can be worse, as the woman will experience cramping. Severe pain can result from an infection.

This question might have nagged women who have had the abortion. When abortion is done a few weeks after the implantation of a fertilized egg to the uterus lining, it is possible that no pain is felt. But when it is done at 4 months of pregnancy, the baby inside could be hurt badly.

Abortion should be the last resort. Couples who are unprepared to rear and support a child have to use contraceptives to prevent unwanted pregnancy and abortion. This will save the mother from suffering from abortion side effects. Some women will suffer from physical effects for a short time but the mental side effects, as well as emotional and psychological ones, can last a long time, even for a lifetime.